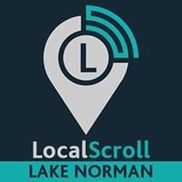 A TRIBUTE TO THE MTV GENERATION

Blue Monday is a tribute to the MTV generation...The MTV Classic' s of the 80's/90's and a few guilty pleasures of today. They have staged years of experience and passion to create a new trend setting retro sound that audiences are familiar with and holds up strong in todays music. Originally hailing from New York City they moved to Charlotte NC and quickly had success climbing the ladder of playing shows around the south east. Focus and passion has kept this band going for over 25 years strong and their is no sign of slowing down. Blue Monday is not just another 80's/90's band. They do what they love and it shows from their hearts. "We play music that makes you feel really good from an era where the music smiled " - Blue Monday.